EVERY NOW and then, Saturn aligns with Jupiter and Pluto, the Gods are pleased and everything seems to go just right. Not very often, mind you, but on this particular day we hit the jackpot. We had arranged to meet a fella up at Maroochydore on the Sunshine Coast to do a photo shoot on his custom bike. A date, time and place were set in stone, and we made the trip up from Brissy with time to spare.

Steve loves his American V-Twins, and has an immaculate 1966 FLH Shovel, or Gen, as he calls it (not Jen his lovely wife; it’s actually Gen, as in Generator Shovel).

Steve searched for this bike for three-and-a-half years. Born in 1966, he loves all things mechanical from this era. The original owner of the bike was a Harley-Davidson trained mechanic from 1961 onwards doing his time as an apprentice with Harley. The second owner (who the bike was purchased from) was somehow related to the original owner, and when the bike required a full restoration, it was performed by the original owner with very little outsourcing for parts and paint, etc. The bike has done 6304 miles since its full restoration.

She is an original 1966 Electra Glide with factory options. It has all numbers matching and original factory colour and options as decoded by Jason from Sunshine Coast Harley-Davidson.

The list of Genuine factory accessories and spares that came with the bike is extensive, but some things that don’t appear in the pics are safely tucked away to preserve their value and to slightly alter the bike to Steve’s liking. Factory extras include spot-lights, cigarette lighter, hard panniers, crash-bars, windshield, air deflectors, fishtail pipes, dual seat, chrome tool box, and front and rear foot pads.

“She’s more a show piece than a cruiser,” Steve adds, “but it will get out and about for shows and events.”

Steve would like to thank Harley Don for giving up his 20-year project and allowing it to come to Australia; and God for giving us beautiful women and power between our legs. Obviously Steve reckons the Big Fella did his best work on the eighth day!

Pics by Jo; words by Chuck U Farley 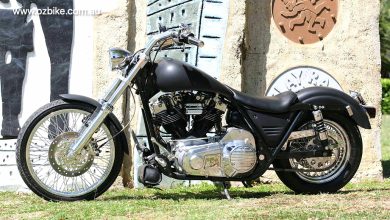 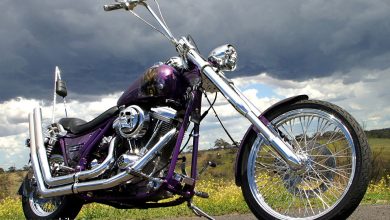 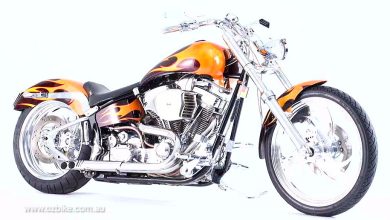 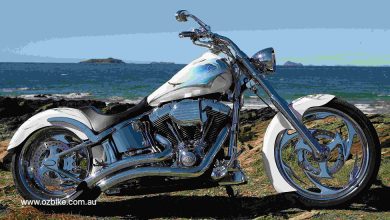 The Creation Of Eagle Wings