AFTER a long cold winter it was great to see a beautiful sunny 24 degree day in the nation’s capital for the Long Ride Show N Shine held at Blamey Square, Russell Offices. Right next to the Chook on a stick as the locals say.

The Long Ride is going to Tasmania in October this year to raise awareness for prostate cancer. The Show N Shine held in Canberra was a part of the fundraising for the event with local motorcycle businesses coming on board, the Army burnout car rattling windows every half hour and the Fire and Rescue NSW drag car in attendance along with a couple of hundred enthusiasts hitting the sausage sizzle and buying raffle tickets to help with the fundraising.

The Chief of the Defence Force was on hand to give out the prizes in the various categories; it was only $5 entry so I even put in my stock Ultra Limited to aid in the fundraising, as did many others. I did not catch the names of the all the winners but they consisted of a Sports Bike, an Indian, a Harley, a well-used adventure bike and two Ariels. One of the Ariels looked like a basket case put together; it was popular enough to take out the people’s choice… it was pretty cool. 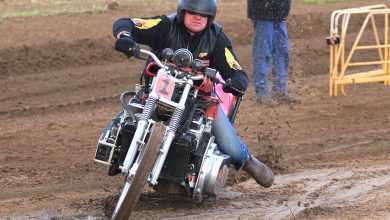 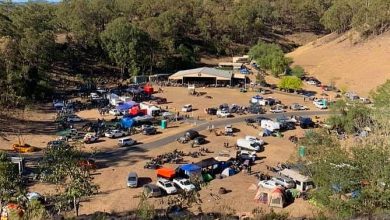 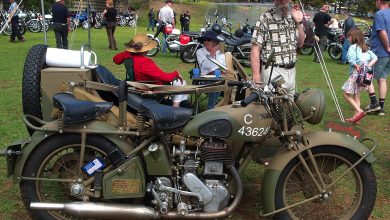 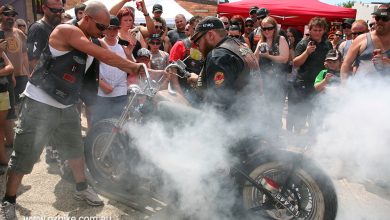