“I originally bought a V-Rod because I liked the racy style,” he said. “I rode it as a street bike for a while just for the pure performance. Straight out of the box she had 120 horsepower. When I started drag racing the V-Rod, I decided I wanted more power — it doesn’t matter how much you got, you always want more. I’ve since fitted a big bore kit (it was originally 1130 cc; now it’s 1320 cc), a set of Jones race cams from America, flowed heads, and Destroyer throttle bodies and injectors.”

The electric shift comes as a kit from Vance & Hines. There are two buttons on the handlebars: green for shifting up; red for shifting down. Obviously you only use the green button for drag racing.

“The shift light on the dash starts flickering at 9200 revs and you just hit the green button to shift up a gear. The dash light is great. It allows you to concentrate on the track and everything else that you’re doing without worrying about the tacho.”

The big tyre is all about traction.

“If it’s giving you a little too much wheel-spin, you can go a bit wider so you’ve got more rubber on the track.”

The fibreglass rear guard is all new too; Brownie had to make a wider guard to fit over the bigger rear tyre.

Brownie runs a chain instead of a belt because it gives him more options for changing the gear ratios for the track.

“Admittedly, at this stage, I’ve only run one set-up but I’ve got a couple of other sprockets coming out from the States for different changes for different tracks. Hopefully, the lower gearing will give it a bit more pull off the line and the end result will be quicker times.”

“My current best time is 10.76 seconds. With the gearing changes and a bit more tuning, I’m hoping get down to low 10.”

I HAVEN’T really done any modelling before. I’ve done more promo stuff. I’m going to sign up to Suicide Girls, a website with mainly tattooed or unique girls.

I got my first tattoo on my wrist when I was 18, and then when my Nanna passed away, I got another one on my foot in memory of her, and then I just got everything I liked and started tattooing myself.

I like to cruise, party, go to the beach. I broke up with my ex about six months ago and I’ve been having lots of fun since.

I love bikes. I can ride a Thumpster and a 125. I haven’t got a licence at the moment. I lost it for DUI the first time; the second time was for lack of demerits. As soon as I get it back, I’ll go for my blacks and get my bike licence, and then I’m going to buy a road bike. Keep your eye out for me on the road… 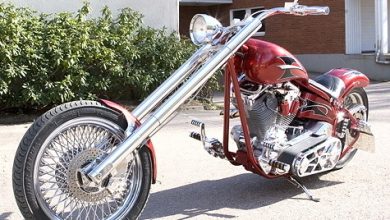