NIGEL MADE his transition from Jappa to Harley in a big way recently. He ditched his much loved XS1100 Yammy, his most prized possession for 12 years, and purchased a brand new Rocker C.

Not satisfied with the standard bike, he decided to customise it. His motto was, “If I’m going to do it, do it properly with no what-if’s or cheap skating.”

He entrusted Rob and Taff at US Cycles in Victoria Park (WA) to take care of his custom and bling bits, starting with every nut and bolt.

The whole bike is also covered in blue LED lights to set off all the chrome work at night — and it is very effective.

His mate, Terry from Extreme Restorations, took care of his wild but subtle looking paint work which is sure to be a show winner in the future.

Nigel also showed us his latest toy, a restored 1969 RT Charger, which is immaculate and is tattooed on his forearm.

Many thanks to Aylisa for not being shy and coming out for the day/night shoot. She is available through Brett at BK Photography in Perth; Brett took the night time shots. If you want your most prized possessions photographed, give him a buzz; he’s a great guy.

I can see Nigel is going to enjoy this bike for many years to come. He is a man with a smile on his face because he rides his dream bike every day.

Proud Madison and the Godfather 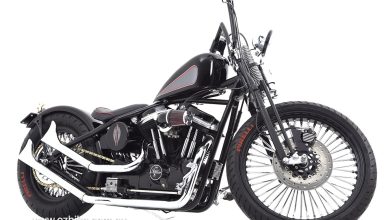 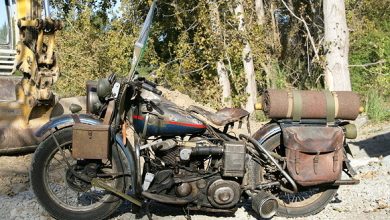 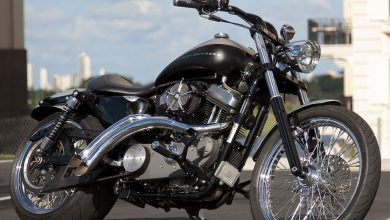