IT IS always an adventure taking an Oz Trike for a test ride. There is plenty of visual drama going on even before you turn the key. Oz Trikes’ latest chopper-style trike is no exception—it looks like some giant disemboweled mechanical beast; its new four-cylinder engine hanging out of the rear all exposed and shiny just like the old VW engined trikes; the polished stainless mufflers pointing up to the heavens like twin cannons.

You sit down low in the Oz Trike Chopper 2 Muscle surrounded by lusciously deep paintwork shimmering chrome and polished steel. The laid back riding position feels bad-arse before you have set off.

The engine thumps into life with a pleasant snarl to it.

Brakes and clutch are all foot controls; light with plenty of feel.

The stubby gear lever low on your left falls to hand easily.

The throttle is where it should be on the right handlebar.

The pillion sits up high behind the rider with a great view ahead no matter how vertically challenged.

It had been a couple of years since I last rode a trike. There is something strange about looking out over the motorcycle front-end but then having to remember the extra rear width. Added to that is the total lack of lean in the corners.

Other little quirks such as the foot controls and lack of brake and clutch lever on the handlebars take a few moments of acclimatisation. However, it didn’t take long to feel relaxed on the Oz Trike Chopper 2 Muscle. In fact, for such a monstrous looking beast, it is one sweet ride.

Skol (Ozbike Publisher) had decided to come for the ride on his solo bike, and chasing him through the winding back-roads of the Central Coast, I did need to get a bit of a move on. The big trike was more than up for it. Those large rear tyres offering plenty of grip and the surprisingly broad spread of engine torque supplying lots of shove out of the second and third gear bends. The Oz Trike Chopper 2 Muscle really shines at this sort of pace and feels planted on the road.

My mate Cameron had also decided to come for a ride, as a pillion on the trike, and the one thing I did notice was how easy it was to have a conversation with him. You don’t have to shout at each other even at speed. In fact, you’re pretty well protected from the wind blast even on the freeway. The instruments and large twin headlights must deflect a lot of air. Also the large seat supports your whole back holding you in place against the wind.

Speaking of the seat, it is very comfortable and I could have easily spent a long day on it. The Oz Trike Chopper 2 Muscle would be fantastic to tour on. Not only is it comfortable and relaxing on the freeway there is plenty of room to carry a lot of luggage; little vibration, good mirrors and great lights just sweeten the deal.

After some good fun on the back roads we dropped down into Killcare. Skol likes the pies at the Fat Goose Café. It has to be said they do make a particularly good meat pie.

We sat outside and enjoyed the pies with a refreshing ale from the bottle shop across the road. Add to that a beautiful summer’s day on the Central Coast and riding the Oz Trike Chopper 2 Muscle. Tremendous.

We headed back up the hill out of Killcare with the exhaust note of the trike reverberating up the little valley. As we made our way along the sun-dappled back-roads, I had time to reflect on the Oz Trike Chopper 2 Muscle’s charms.

It is quite different to the Oz Trike Mustang ST1 that I had ridden previously. For a start, it’s quite a bit cheaper. Johann at Oz Trike can get you on the road for $42,900.

Although it is cheaper it still has Oz Trike’s beautiful level of fit and finish. Johann takes great pride in his work.

As with their Mustang ST1 there are pretty much unlimited options meaning you can have a truly unique vehicle. I think the biggest difference between the two models was that the Chopper Muscle is much more chilled out than the Mustang. Where the Mustang just wants to go and race everything, the Chopper Muscle is happy to just cruise along watching the world go by.

Don’t get me wrong, it’ll still get a move on and is more than up for keeping ahead of the traffic, but it is just so relaxing to cruise on.  As a machine to get away for a weekend camping it would be brilliant but it could just as easily do that around Australia trip you’ve been thinking about.

There are few machines as unique as Oz Trike Chopper 2 Muscle especially at this price point. If you’d like to know more, call Johann at Oz Trikes and take one out for a test ride. What he doesn’t know about trikes probably isn’t worth knowing. 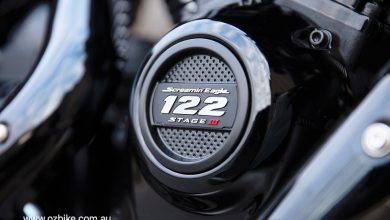 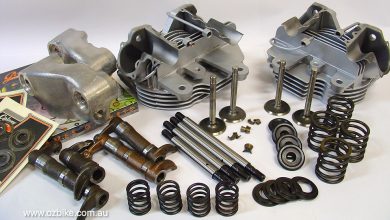 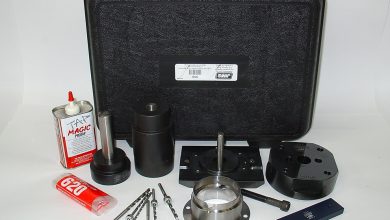