I’VE NEVER been to a 100th celebration before, and although this was nominally a celebration of Stewy’s 70th birthday, plus his 30th anniversary as a Gypsy Joker, close friends were cheerfully calling it his 100th. Stewy and Brains, old Mandamas mates, had just racked up 30 strenuous years as Gypsy Jokers.

Stewy’s led an unusual sort of life, almost a double life when you come to think about it. As well as being State Manager of a multi-national company, at the same time he was an active member (and for a long time, the President) of the Mandamas then the Gypsy Jokers MC in Adelaide. Stewy’s always maintained that each side of his life — responsibly corporate on the one hand, unabashedly outlaw on the other — helped him better manage the other side.

It’s an interesting proposition that a lot of people struggle with. How do you earn a good living in the mainstream but still stand apart from mainstream values in other ways? In practice, it’s not at all easy but it can be done as long as you’re comfortable within yourself, and consistent in your interactions with others.

Over the years, Stewy, or the club members he’s represented, have been involved in various situations and incidents that may not have fallen entirely within the strictest definitions of legality. There have been difficulties with other motorcycle clubs, there’ve been property disputes, misunderstandings and occasional mayhem.

Throughout these tumultuous times there’s been a central core of dedicated Jokers, men like Brains, Den, Phildo, Roo, Stewy, and the late Willsy. They’re 30-year-members of one of Australia’s dwindling number of traditional motorcycle clubs, and that really is something to be proud of.

Alliances can be fluid within the 1% world, but a handful of motorcycle clubs have still established themselves as major powers, with the Gypsy Jokers undoubtedly being one in Australia. And that didn’t happen by accident: it was the result of a complex set of factors reflecting personalities, politics, battles won and lost, and, perhaps most of all, leadership.

At the time it wasn’t much fun, but Stewy’s no-frills childhood, with responsibility coming at an early age, nurtured a sense of maturity and vision that others in the early bike scene soon came to recognise and value.

“I never knew my father: you can look at this as a bit of a joke, I’ve never had to buy a Father’s Day card. I’ve had two stepfathers, one I don’t remember and the other I hated; he started beating mum up so when I was about 16 I put him in hospital. I’m not a violent person but I’m capable of violence.

“My life as a motorcyclist goes back to when I was 16. I’ve always been involved in motorbikes: racing them, hill climbs, short circuit; I’ve always had that in my blood. It’s not something where I just decided at 28 years of age I wanted to become a member of a motorcycle club; I’d always wanted to. Probably the only regret I’ve got is I didn’t start up earlier in the actual club world but for reasons of work and family commitments, I didn’t.”

Adelaide’s MC scene was very different 30 years ago, with the old, strictly local clubs coming to the realisation that their days were numbered. Clubs overseas and interstate were showing where the future lay, with successful amalgamations taking place as the more committed members encouraged the others to move ahead. You could become part of something bigger, or you could stay with your local buddies until that particular group fell apart as people took on other commitments, values and lifestyles.

The choice was stark, and as Stewy put it, “Clubs nowadays, the same as businesses, the same as unions, have to change with the times for whatever reason. The Mandamas was a very small club and we couldn’t have survived in the motorcycle world if there was any pressure put on us, there just wasn’t enough of us.

“We started hanging around with a Gypsy Joker who came from Mount Gambier. One thing led to another, we became friends with them and we were asked if we were interested in becoming Jokers after going through the natural progression. It created a lot of animosity within the club. I can remember the meeting we had at the Brompton Hotel. It was quite an emotional meeting because naturally some blokes didn’t want to give up their Mandamas patch and become a member of another club, but what we tried to portray was the fact that we couldn’t survive in Adelaide with the size of the other clubs that were coming on.

“It was quite an emotional thing to do. A lot of blokes just left the club, just didn’t want a part of it and, looking back, I don’t think any of them had any vision. I think myself and Rhino and Brogie and Brains and Willsy and some of the blokes from the original Mandamas had the vision that ‘If we’re going to survive in Adelaide as a motorcycle club, being a part of a national club would definitely benefit us’ and that’s probably what swayed it in the end.”

In the same way it’s possible to be alone without feeling lonely, it’s also possible to live on the margin without ever feeling marginalised. Stewy’s energy and commitment at work were rewarded with a steady progress up the corporate ladder, but his simultaneous involvement with first the Mandamas, and then the Gypsy Jokers, made for a very full life. Getting the balance right between club life and work could mean a fair bit of unrecognised effort, and of course, maintaining a relationship and a family life took a lot of effort and understanding from all the individuals concerned.

“It’s really difficult for a woman. The blokes who’ve got women who understand, they’re pretty lucky and they should appreciate that. I came from a broken home and so did my kids, my ex-wife and I got divorced, one of my daughters has been divorced, but I wanted to be around for them and help them in whatever way I could because I remember how hard it was for me.”

After many years spent juggling the sometimes conflicting demands of club, family, and job, Stewy can look at his four adult kids now and see happy, well adjusted and successful individuals. Although they’ve got much more colourful tales about growing up than most people, they’ve all turned out to be clear thinking and independent minded Aussies, despite having a few unexpected and unfair hurdles to overcome — like being denied job opportunities purely because of Stewy’s lifestyle.

Details around MCs are never easy to pin down, and that’s probably for the best, but a few incidents illustrate the sort of situations that cropped up with alarming frequency.

“We had a lot of problems in Adelaide. We had a bar-room brawl with the Iroquois and there was a lot of pressure on us not to change over but we did it. There was a lot of ‘industrial unrest’ for a couple of years between us and other clubs, but as you can see the club’s still here and it’s strong.

“I remember one incident: I had a really good State Manager at the time, his name was Steve and he knew who I was. I had a company car. At the time, there was a bit of an altercation going on between another MC and us and it was in the media and the lot was exaggerated because they don’t actually get the truth and they probably don’t get the truth because people don’t tell them the truth or don’t tell them anything, so they make it up. I remember going to work on the Monday after there was allegedly some shots fired and a few other things happened and the only thing he said to me was, ‘Look, whatever you do outside in your lifestyle is your business; it doesn’t affect your job; you do your job efficiently, that’s all I’m concerned about. But for fuck’s sake don’t bring the car back here with bullet holes in it because they will not accept that in Sydney when I have to report your new Fairmont’s got bullet holes in it,’ and that was all he said. I thought that was quite good.

“I’ve seen, on more occasions than I’d like to remember, issues that happened in pubs or discos or parties; people just showing off in front of their mates. Too much alcohol, too much drugs, I don’t know. But this issue was over a bloke who had an accident: it was an altercation and he came off second best and there was going to be a fair bit of drama over it. You know, there’s always blokes in the club, any club, who think everything should be answered with retribution of some description. But I used to think it was better keeping blokes out of gaol — a club’s difficult to run if everyone’s in gaol and they haven’t got licences. It’s not a sign of weakness. I just think it was trying to be smarter than the average bear, that was all, but the issue was resolved.

“There was a badge stolen off a female police officer — that was quite funny really — but I said I’d get it returned and we did return it.

“It was my life and I chose it and I don’t regret any of it, but it was very difficult to keep a relationship going. I think to my knowledge for the members who are still active in the club there’s only two of them with the same women that they started off with 20 years ago, and considering how many members have been in and out of the club over the years, it’s a very small percentage.”

30 years, or 70, or 100, have given Stewy time for reflection but there’s no sign of doubts, regrets or self-pity. He’s one of the first generation to choose the 1% way of life, and, as he says, he’s never been of the belief that big is best, which has been proven by other clubs in Australia. The Jokers have always remained more ‘quality is better than quantity’: a lot of the clubs are too easy to get into, you just breeze into them and they’ve got no heart.

“My heart and soul was in the Jokers. It still is, and I made a lot of friends. I’ve had a lot of good times, made some good enemies, but in the motorcycle world at least you know who your enemies are. I mean, in the real world, you can’t be too sure.” 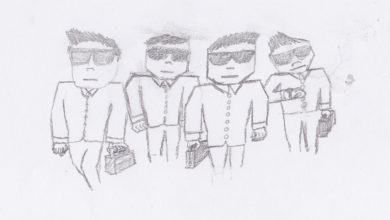 Tojo Never Made It 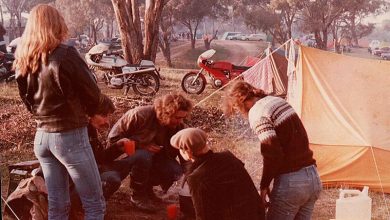